Book Talk: "The Socialist Party of America - A Complete History" 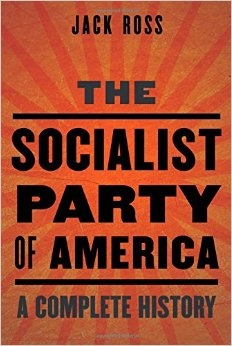 At a time when the word “socialist” is but one of numerous political epithets that are generally divorced from the historical context of America’s political history, The Socialist Party of America presents a new, mature understanding of America’s most important minor political party of the twentieth century. From the party’s origins in the labor and populist movements at the end of the nineteenth century, to its heyday with the charismatic Eugene V. Debs, and to its persistence through the Depression and the Second World War under the steady leadership of “America’s conscience,” Norman Thomas, The Socialist Party of America guides readers through the party’s twilight, ultimate demise, and the successor groups that arose following its collapse.

Jack Ross (Rabbi Outcast: Elmer Berger and American Jewish Anti-Zionism) similarly covers the related emergence of neoconservatism and other facets of contemporary American politics and assesses some of the more sensational charges from the right about contemporary liberalism and the “radicalism” of Barack Obama.