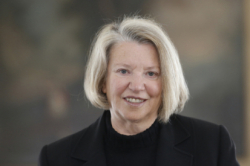 What is the nature of this entanglement? Is it contingent or structural? Did the capitalism/racism nexus arise by chance, and could matters have in principle been otherwise? Or was capitalism primed from the get-go to divide populations by “race”? And what about today? Is racism hardwired in the  deep structure of contemporary capitalism? Or is a nonracial capitalism finally possible now,  in the twenty-first century?

Nancy Fraser is the Henry A. and Louise Loeb Professor of Philosophy and Politics at The New School for Social Research. She has won worldwide recognition for her contributions to critical social theory, feminist theory, and contemporary political theory. Her colloquium presentation is sponsored by the Departments of Philosophy and Political Science.