Many alumni remember a favorite professor who stood out because of their influence along with their uncanny abilities to engender admiration, frustration, or inspiration.  Five such individuals who were powerful forces in the Department have passed away in the last decade:  James R. Townsend in 2004, Daniel Lev in 2006, Donald R. Matthews in 2007, Stuart Scheingold in 2010, and David J. Olson in 2012.  We remember these individuals and honor them in special ways.

Our programs would not be of the quality they are today without the enormous contributions of Professors Jim Townsend, Dan Lev, Don Matthews, Stuart Scheingold, and David Olson.  Each found their way to the department more than forty years ago in what were tumultuous times.  In the succeeding decades, they shaped new programs and brought stability to what was, both literally and figuratively, a rocky department.

We encourage contributions to the funds that have been established to honor these individuals with a specific emphasis on gifts to the Scheingold Endowment and the Olson Endowment.  Gifts to these endowments will help us reach milestones for each of having an endowment value of $100,000.  To make a gift please visit the UW Foundation. 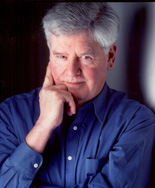 David Olson was also a transformative figure who, following Don Matthews as department chair from 1983 to 1988, hired faculty and staff and undertook initiatives that provide the center-points of today's department.  He was a noted scholar of state, local, and labor politics and a pioneer in the study of the governance of public ports.  He was the inaugural holder of the Harry Bridges Chair in Labor Studies and helped create the UW's Labor Studies Center.  He also chaired the Bergen faculty exchange program.  He was knighted in 2006 by the King of Norway as Knight of the First Class, Order of Merit for his contributions to the United States and Norwegian scholarly exchange relations.  He was deeply committed to civic education, having served as the faculty coordinator of the Olympia Legislative Intern Program for over 25 years and having supervised numerous internships in state and local government and electoral politics.

The David J. Olson Endowed Fund was established to honor him by supporting research by students whose scholarly interests focus on state, regional, city, and labor politics. 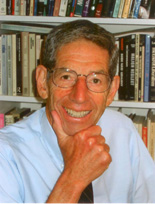 Stuart Scheingold was an internationally recognized socio-legal scholar for his books and articles about the mobilization of legal and political rights, the politics of law and order in the United States and abroad, and cause lawyering.  Despite his efforts to demystify the law, his focus on these topics inspired many future law school students. He was a powerful force in establishing the field of Public Law as a focal point in our undergraduate and graduate programs and in creating curricula that includes serious consideration of the role of law in society both nationally and in a comparative context.  He was a gifted teacher and mentor of a number of PhDs who have gone on to illustrious careers.  The Stuart and Lee Scheingold Endowed Fund in Social Justice has been established to support faculty working on issues pertaining to social justice.

Don Matthews was a transformative force for the department as a whole, arriving in 1976 and chairing the Department from 1976 until 1983.  He was a noted scholar of American politics and his seminal work, U.S. Senators and Their World, continues to be one of the leading books about the Senate.  Matthews provided a guiding hand in shaping the department by hiring a number of key faculty who remain today, instilling a strong sense of collegiality, and putting in place a committee structure (just like Congress) that provided a basis for shared departmental governance.  He also helped to found a highly successful faculty exchange program between the University of Washington and the University of Bergen.  His creation of the Donald Matthews Endowment to support both graduate students and a professorship in his name ensures his legacy. Since the creation of the endowment a dozen promising graduate students have been recruited to the department as Matthews Graduate Fellows to study American politics.

Dan Lev was an eminent scholar in comparative politics and legal systems with special expertise on law, politics and human rights in Southeast Asia.  He wrote seminal works about Indonesian courts and politics, and spent much time traveling in Indonesia.  He leaves a notable legacy through our strong program in comparative politics as well as our undergraduate Honors Program which he created in 1980. His programmatic vision very much reflected the way he approached the study of politics:  high standards, engagement with real world problems, and passion for politics.  In honoring Professor Lev, the department established the Dan Lev Award as an annual award to the student who authors the best honors thesis.

Jim Townsend was one of the very first PhDs trained in Chinese politics after the founding of the People's Republic of China.  He wrote seminal works about Chinese politics and became one of the leading commentators about the transformations in China.  He was one of the first to visit China after the country opened to foreign visitors and was a member of the Johns Hopkins Nanjing Center faculty for a number of years.  He made an enormous impact in training several generations of subsequent scholars of Chinese politics and in shaping a strong program in China Studies between our department and the Jackson School of International Affairs.