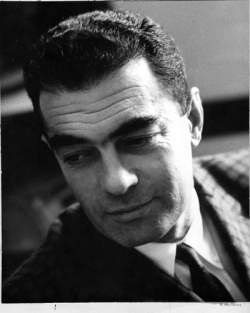 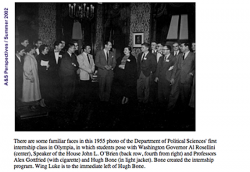 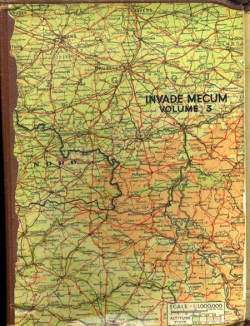 Alex Gottfried, a retired professor of political science, civil liberties leader, antiwar activist, and expert on Chicago’s machine politics, died on March 18, 2014, in Renton, Washington.  He was 94 and lived in Seattle.

A self-described “nuclear pacifist,” Dr. Gottfried dated his opposition to all wars from the United States destruction of Hiroshima by an atom bomb, and this conviction remained an important element of his philosophic and political outlook.  He was also a local leader in Seattle in the movement to end the war in Vietnam, and an active participant in and supporter of the local civil rights movement.  He was a democratic socialist, but belonged to no party, with the brief exception of the U.S. Socialist Party under the leadership of Norman Thomas.  But the central political concern of his life was civil liberties, a concern he pursued when he moved to Seattle in the early 1950s, joining what was then the Seattle, later, the Washington State, affiliate of the American Civil Liberties Union.

“Civil liberties is my religion, and the American Civil Liberties Union is my church,” is how he summarized his central passion.  . He was repeatedly elected to the Board of Directors of the Washington affiliate, serving terms totaling 21 years, between 1961 and 1988. As a Board member, Dr. Gottfried was a gadfly, arguing the case for the organization to broaden its definition of civil liberties; he was responsible in large measure, for example, for the Washington ACLU becoming one of the first ACLU affiliates to oppose the military draft and marijuana prohibition on Constitutional grounds.

In 1988, the ACLU of Washington presented Dr. Gottfried with its highest honor, the William O. Douglas award, “in recognition of outstanding contributions to the cause of civil liberties and freedom.”  Dr. Gottfried was also the first member of the ACLU’s “Charter Life Member” program.   Other organizations in which he served included the national ACLU and the National Committee to End Repressive Legislation (whose boards he served on),  Congress of Racial Equality, Group Health Cooperative of  Washington State, the American Political Science Association and Western Political Science Association, and Caucus for New Political Science.

He was a frequently-invited speaker to community groups throughout Washington and on local radio and television programs on politics and civil liberties.

With the adults in his family often unemployed and on relief during the Great Depression, Dr. Gottfried worked continuously from an early age, often at several jobs, including work in a hat factory, as a stevedore and mover, clothing model, and movie theater usher.

He joined the United States Army Air Corps, 54th Fighter Group, in 1942 and rose to the rank of major, serving in the European Theater, in the Civil Affairs Division for the U.S. military government established in occupied Germany, where, at age 26, he was in charge of  “de-Nazification” for all schools, hospitals, churches, and voluntary organizations in Bavaria.

Before going overseas, he met 16-year-old Betty Sue Davidson, of Galveston, Texas, on the first day of spring in 1942 when he “sneaked into” a rehearsal for a production by the Galveston Little Theatre, in which she had the lead role. They were married on May 9, 1943.

Working nights, Dr. Gottfried attended Chicago Teachers College, from which he graduated in 1941, with an undergraduate degree in education. After his discharge from the military, he took advantage of the G.I. Bill, and entered the University of Chicago, from which he received a Master’s degree in 1948, and a PhD in Political Science in 1952.

His never-changing choice of vocation was teaching and education, which he deeply believed in; his favorite quotation was John Dewey’s: “Education is not preparation for life; it is life itself.” He taught all grades, from kindergarten through high school, and taught reading to illiterate soldiers while serving in the military.  After completing his dissertation, Dr. Gottfried joined the political science faculty of the University of Washington, Seattle, in1950, where he taught until his retirement in 1982.

During his tenure at the University, Dr. Gottfried had a profound influence on generations of students, numbering in the thousands, who attended his classes on American politics and Constitutional law, including virtually every Washington state and Seattle politician who attended the University in those years (former Seattle mayors Wes Uhlman and Norm Rice are two of many).

As a visiting professor at Stanford University, he combined his passion for literature with his expertise in politics to create the first course on politics and the novel taught in the United States, examining the insights into politics to be gained by seeing political phenomena through the eyes of creative writers.

Dr. Gottfried was the author of Boss Cermak of Chicago: A Study of Political Leadership, published by the University of Washington Press in 1962, which became a primary text for anyone researching American “machine politics.” He was also a contributor to The Nation, The Progressive, and Liberation magazines, writing on topics ranging from electoral politics to civil rights and the peace movement, right wing movements, psychosomatic illnesses in political leaders, and studies of political novels, co-authoring several of these articles with his wife, Sue Davidson, a writer, editor, and progressive political activist.

A passionate lover of sports, theater, dance, he was a talented athlete and amateur actor.  Sports he particularly excelled in were basketball and tennis, which he played in high school, college, and, later, on U.S. military teams.  While attending Chicago Teachers’ College, he founded and performed in the “Green Lyres,” an all-male singing and dancing comedy troupe; in the 1950s he had substantial roles in plays performed at Seattle’s Cirque Theater, a semi-professional playhouse.  A devotion to serious film, dating from a college job in Chicago’s first art films theater, also led him to sponsor the first series offered on political films at the University of Washington.

Dr. Gottfried is survived by his wife of 70 years, Sue Davidson Gottfried; his daughter, Erika Davidson Gottfried, Curator of Nonprint Collections of the Tamiment Library, New York University; and a granddaughter, Sophia Fischler-Gottfried, a senior at the Annenberg School of Communications at the University of Pennsylvania.  The family asks that anyone who wishes to honor Dr. Gottfried make contributions in his name to the American Civil Liberties Union.