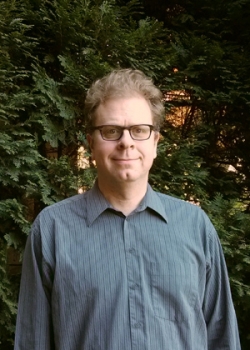 Professor Lovell’s research focuses on how political institutions and law shape the way people organize for political action. For example, his book Legislative Deferrals showed how workers in the early 20th century struggled to end judicial restrictions on their ability to organize. His second book, This is Not Civil Rights, looked at how individuals used legal terms like "rights" in complaints to government during the Great Depression. His current project (with co-author, UW Professor Michael McCann) explores 100 years of political and legal struggles by Filipino-American cannery workers in the Pacific Northwest.  Professor Lovell explains: “I have consciously tried to move in new directions with each book project. I started my career focusing on national political institutions and large federations of labor and business organizations, and then shifted to smaller everyday struggles and local campaigns. These shifts have forced me to keep learning new methods and new background material, which is exciting. But I come back to the same core question:  How does law help or hinder people’s participation in political struggles.”

One constant across Professor Lovell’s career has been teaching American Constitutional law. He regularly teaches Introduction to US Constitutional Law and US Courts and Civil Liberties, and has taught at least one course on constitutional law for 17 of the past 18 years. Over those years, the content of the courses has changed considerably even though the text of the U.S. Constitution has remained exactly the same. “One of the ironies of American constitutionalism is that many people hope that the meaning of the document never changes, but shifts in the political cycle constantly alter the way people relate to the Constitution and which provisions seem important.” Those kinds of shifts naturally influence student interest. “I began my teaching career during the Clinton presidency, when students were very interested in what counted as ‘high crimes and misdemeanors’. During the G.W. Bush years, students were more interested in cases on executive power and government searches. Under Obama, many students finally share my longstanding fascination with the commerce power.” While the content shifts some over time, the courses are never limited to current events. “There is considerable attention to things that happened in the 18th and 19th centuries, because that past leaves an imprint on constitutional politics today,” says Professor Lovell. Professor Lovell also reports, “Constitutional development is so dynamic and interesting that I have to blame myself if students get bored. That makes the courses both fun and challenging to teach.” Another big shift was the decision, two years ago, to stop using textbooks. Because of rising costs, Professor Lovell now creates reading materials that are distributed for free through electronic course reserves.

Professor Lovell now serves as the Harry Bridges Endowed Chair in Labor Studies and director of the Bridges Center for Labor Studies. The Bridges Center’s focus is on funding research and providing scholarships for students. The center receives support from labor and social justice organizations from across the region, and sponsors conferences that allow faculty and students to share ideas and information with community leaders and the general public. “Serving as the Harry Bridges Chair has been a tremendous honor, and I am learning a great deal about politics from many very interesting community leaders and government officials. It gives me great perspective on my academic work.” Last month, the center hosted a conference called Working Democracy that explored links between rising inequality, changes in the way employers use workers, and limits on the ability of workers to organize for collective power. “Inequality is getting attention nationally and locally, but much of that has focused on particular policy proposals or political strategies. This conference takes a step back to ask about underlying causes and think through problems that concentrated wealth and unequal opportunities create for democracy.”

Professor Lovell’s next challenge will be taking on the role of Department Chair in July: “Being part of our excellent department has helped me to develop as a teacher and scholar, and I am honored to have the chance to serve.”