Prof. Christopher Parker in The Conversation journal asks, "Race and racism after Obama: where do we go from here?" 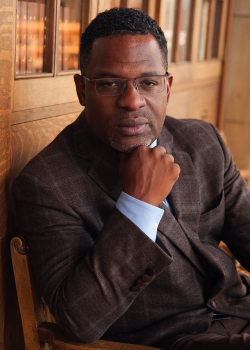 On the occasion of President Obama's final State of the Union address, UW Political Science Professor Christopher Parker penned an article addressing the state of race and racism in America following the "Obama era." Initially, the election of Barack Obama as president appeared to be an indicator that "racism would begin to fade away, eventually disappear." However, Parker notes, "it hasn't happened." Following this assessment, he discusses the various reasons for why the racial climate has become more--not less--divisive during the Obama era and why addressing racism is so important. Finally, Prof. Parker closes out his discussion with his thoughts about the prospects for the future:

Ironically, prospects for racial justice will likely take a turn for the worse after Obama's departure. Even with Obama off the ballot, the reactionary right will continue to mobilize thanks to changing democrapics of the United States. [...] Obama's absence from the ballot will [also] further hurt Democrats because black voters aren't likely to turn out and vote at the same levels as they did in 2008 and 2012. [...] For all of Obama's hopefulness in his final State of the Union address, the country will remain divided for the foreseeable future over race and difference.

Professor Parker's article "Race and racism after Obama: where do we go from here?" was published on The Conversation website on January 13, 2016.