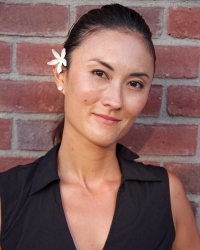 University of Washington Political Science Ph.D. candidate Crystal Pryor has accepted a postdoctoral fellowship in the U.S.-Japan Program at the Weatherhead Center at Harvard University for 2016-2017. Pryor focuses on International Relations and Security Studies. Her dissertation is on strategic trade controls, for which she has conducted fieldwork in Japan, the United States, and Europe.

From September 2015 to March 2016, Pryor was a resident fellow at Pacific Forum CSIS in Honolulu, which provides one American and one Japanese fellow annually the opportunity to study the bilateral relationship between the United States and Japan. During that time, Pryor published policy briefs in The Diplomat and the PacNet Newsletter, and an article in the WorldECR journal on Japan’s arms exports. In addition, Pryor appeared on the ThinkTech Hawaii TV program in October to discuss security issues in Asia and gave a talk and paper on Japan’s perspective on the Iran Deal in Monterey, CA, on Feb. 23 at a MacArthur-funded conference administered by Cornell University. Most recently, she was on a panel on the US-Japan alliance at a Pacific Forum CSIS conference in Honolulu on March 23.