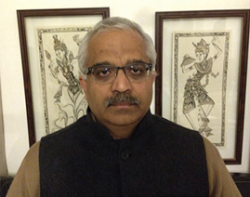 UW Political Science Professor Aseem Prakash and his colleague Nives Dolšak from the UW School of Marine and Environmental Affairs recently authored a guest post for the blog Duck of Minerva. In the post, they address the question whether the media has “exaggerated the threat of Brexit to the British economy” given that “the British economy has not been punished for [its] Brexit” vote, which leads them to assess whether there has been a media bias in the reporting. To analyze the potential media bias, Prakash and Dolšak focused on 161 articles published in The New York Times during the period from June 24 to July 7, 2016. They find that only 32 percent of articles provided ‘balanced’ coverage, while 61 percent “highlight[ed] the negative consequences of Brexit for U.K., EU or the world.” Thus, they conclude that The New York Times coverage of the Brexit vote was biased and that:

The New York Times has emerged as an important articulator of the “cosmopolitan” perspective and an important instrument of manufacturing consent in favor of globalization and manufacturing dissent against the forces which question it.

In addition, they address the changing views on free trade of the two major parties in the United States, the role of media in democracy, and other instances of alleged media bias in The New York Times.

The post, entitled “Manufacturing Dissent: How The New York Times Covered the Brexit Vote,” was published on September 29th, 2016. Founded in May of 2005, the Duck of Minerva is a blog that “focuses on world politics from an academic perspective.”