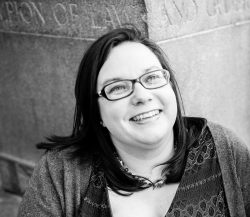 The Law & Society Association has selected UW Political Science PhD Candidate Erin Adam to receive its 2017 Graduate Student Paper Prize for her paper “Intersectional Coalitions: The Paradoxes of Rights-Based Movement Building in LGBTQ and Immigrant Communities.” In her paper, Adam focuses on “inter- and intra-movement coalitions composed of organizations within the Lesbian, Gay, Bisexual, Transgender, and Queer (LGBTQ) and immigrant rights movements that have formed at the local level.” She finds a paradox:

This paradox, Adam argues, can at least partially be explained by the “construction of a common ‘civil rights past’ identity within coalitions.” The paper was published in Volume 51, Issue 1 (March 2017) of the Law and Society Review. The prize will be awarded at the Annual Conference of the Law and Society Association, which will be held in Mexico City from June 20 – 23, 2017.