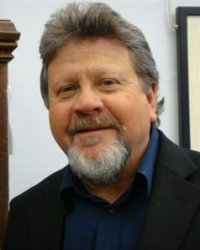 The University of Washington Graduate School awarded Professor Michael McCann with the 2017 Marsha L. Landolt Distinguished Graduate Mentor Award. “This award recognizes a UW faculty member who has made outstanding contributions to the education and guidance of graduate students,” explains the Graduate School. It is one of the University’s highest honors.

McCann has chaired or served as a key committee member for more than 80 PhD students at the UW. In addition, he has raised more than a million dollars in outside grant money, and has used those resources to support graduate education. This includes 38 quarters of funding for graduate students through NSF grants. McCann has also been an important graduate education institution builder in various leadership roles, including chair of Political Science, founding Director of Law, Societies, and Justice and the Comparative Law & Society Studies (CLASS) Center, as well as President of the Law and Society Association.

McCann’s colleagues are unanimous in their praise for his contribution to graduate education. Associate Chair Professor Rachel Cichowski describes his “dedication and commitment to graduate training and mentorship” as “legendary.” International Studies Professor Joel Migdal, who has served on numerous dissertation committees with McCann and who won the Landolt Award in 2006, points out:

I have not come across anyone who is as useful to graduate students as he is. [… His] meticulous reading of their work and nurturing relationship with them was critical to their success. Always positive, he encourages the students, first and foremost, to tell a good story, something not often emphasized in his discipline, and this has been a key to their success.

The award was presented to McCann at the Annual University Recognition Ceremony on June 8, 2017. McCann joins UW Political Science Professor Emeritus Peter J. May, who received the award in 2012.

Along with this award, McCann is also the recipient of the Stanton Wheeler Mentorship Award from the Law and Society Association (LSA). The Wheeler award, like UW’s Landolt Award, recognizes McCann’s outstanding contributions as a mentor to graduate students in the Department of Political Science. It also adds additional recognition for his support to graduate students in other departments through his work with LSA.