From the Tea Party to Trump: The Salon Interviews Professor Christopher Sebastian Parker 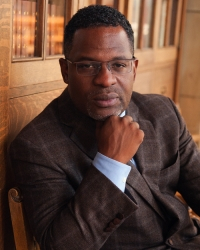 The Salon’s David Masciotra interviewed UW Political Science Professor Christopher Sebastian Parker about what led to the election of Donald Trump. Professor Parker addresses the competing explanations for the election result, namely economic anxiety versus racial resentment, and elaborates on how the latter determined the election outcome:

“Racial resentment and terror at the prospect of social change is what animated the Tea Party and now energizes Trump supporters, […] not perceptions of economic interest.”

Based on this assessment, which is supported by Professor Parker’s extensive scientific research on reactionary movements, which he conducts with Professor Matt Barreto from the University of California Los Angeles, he argues that “Democrats should ‘play the race card’ in the next election.” Instead of focusing on economic anxiety, he emphasizes that the argument on the left needs to be about identity politics.

According to the Salon website, as “one of the first entirely digital major media outlets” the Salon Media Group has participated in the national conversation since 1995 reaching “an audience of approximately 20 million monthly unique visitors.”