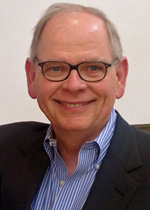 We are very pleased to announce that Gary A. Duck is the recipient of this year’s Distinguished Alumnus Award. This award recognizes department alumni with remarkable career accomplishments and who can serve as role models for current political science students.

Gary received his Ph.D. in political science from the University of Washington in 1973. His early work was with the U.S. Department of Education, where he served as an associate research analyst to assess the effectiveness of K-12 public education programs throughout the U.S. Gary then worked as an executive responsible for information technology services for a satellite company and subsequently for an energy company. Then, he, along with his son Stephen, established an investment management company, with offices in Los Angeles and Santa Fe; he includes this endeavor as the most fulfilling period of his diverse professional career. Gary retired in December 2016.

Gary and his late wife, Susan, have generously supported the political science department’s scholarly activities for many years. The Center for Environmental Politics, launched in 2014, would not have been possible without their support. It is the first research center on environmental politics in the world located in a political science department.

Gary Duck will be the department’s featured speaker this year at the Convocation, event which will take place on June 7th from 10-11:30am.