I need to go to bed sooner. My roommate took my last Red Bull, so I’m stopping at Suzzallo for coffee before class. When you’re running late for a lecture in Kane Hall, you should always go through the back door. Otherwise you have to walk right by the professor.

That’s the mistake I made on the first day of Introduction to American Politics, the class I’m headed to now. I was five minutes late and I walked through the front door, right past Professor Megan Ming Francis. “If you don’t want to be here,” Professor Francis said as she looked down at her computer, “feel free to drop the class. There are plenty of people who would love to take your place.” I‘m still not sure if she was talking about me.

I’d heard a lot of good stuff about Professor Francis. “Tough, but really fun,” my friend said. I follow her on Twitter and saw that she’s a fellow at the Thurgood Marshall Institute, which is part of the NAACP Legal Defense Fund. I’m thinking about law school, so it will be great to know her. And I don’t just want a letter of rec, I really want to learn this stuff. But a letter of rec would be great.

OK, here we are—Kane 210. I’m slipping in the back door. Today we’re talking about “I’ve Been to the Mountaintop,” the speech Martin Luther King gave the day before he was killed. We were supposed to read it, but I listened to it on YouTube. This is my favorite line: “All we say to America is, ‘Be true to what you said on paper.’” This class is about what America said on paper, what America promised. And MLK says that the promise hasn’t been kept. 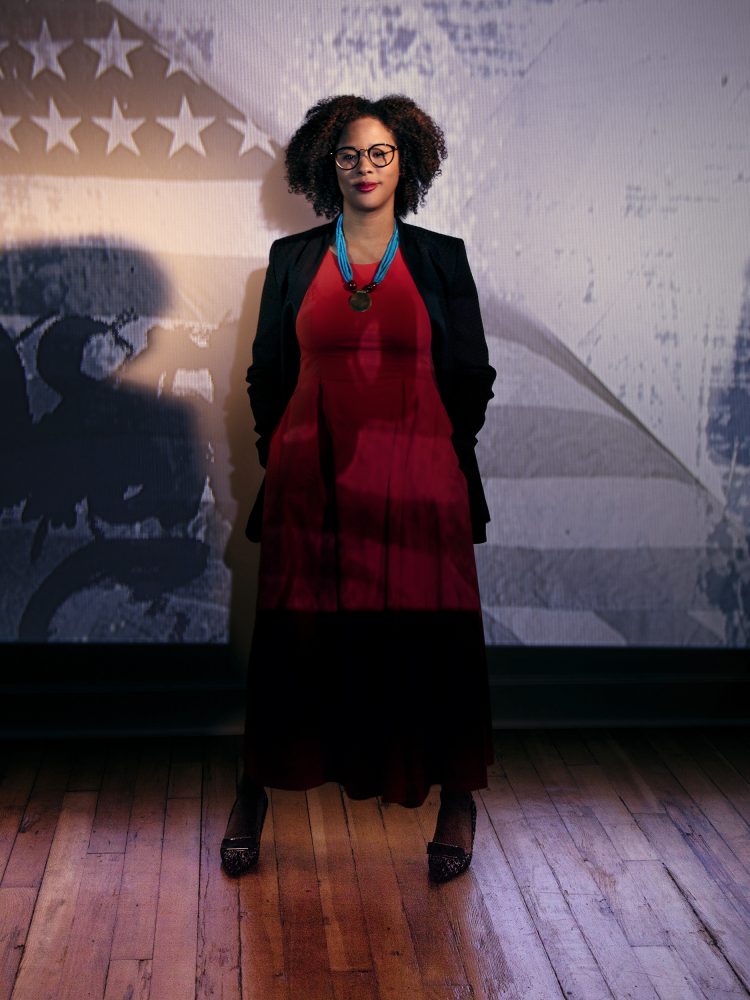 It’s funny to see the way Professor Francis teaches this stuff compared to how MLK talks about it. He’s slow and steady with dramatic pauses. She moves around and waves her hands and talks fast.

This is our second day on the Civil Rights era. Professor Francis, who is half-Black and half-Chinese, is telling us why the court cases from that time period are so important. “Do y’all see me? It’s possible for me to be your professor because of the legal precedent laid down in cases like Brown v. Board of Education.”

To read the full article visit Columns Magazine. The article walks you through an imaginary class for every winner of the 2018 Distinguished Faculty Award member.