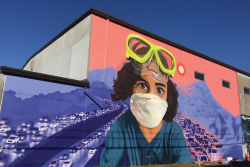 With the defeat of Initiative 1631 carbon fee, High Country News takes a look at why it went down.

The Professors mostly agree but did have a divergence of view as the whether I-1631 would pass.

Prof. Prakash lays a lot of blame on environmentalists themselves because they concentrate too much on their own base to turn out and not others. And, it was not just the money that oil and gas industry had put in to defeat I-1631, it was also questions about the initiative's accountability and who would ultimately bear the costs. Prof. Dolšak supposes that climate action is far tougher to implement and thus because voters may say the support it but don't actually want to pay for it.