Letter from the Chair, Spring 2019 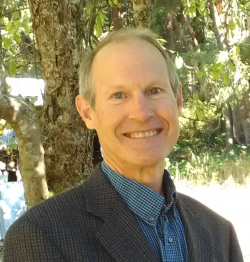 As I write, the cherry trees on the quad are blooming and we are being teased with beautiful weather. Spring quarter has sprung, which culminates in Convocation, the department’s own graduation celebration. This year’s Distinguished Speaker is Tim Burgess, former Seattle City Council member (and Interim Seattle Mayor). After a career in law enforcement and politics, Tim recently returned to the UW to complete his Political Science degree!

About 50 undergraduates participated in Career Night in February. Political Science advisors Meera Roy, Tamara Sollinger and Mark Weitzenkamp first offered networking tips over pizza. The students then mingled with 14 alumni and learned about their post-graduation experiences and careers. I was fascinated and impressed. This group of alumni included a corporate executive, political and business consultants, an emergency management planner, non-profit advocates, a human resources manager and a geopolitical analyst. Huge thanks to these alumns who came from all over the Seattle area to participate.

Also last quarter, Professor Doug Kriner from Cornell gave a very thoughtful and engaging lecture on “Executive-Legislative Relations in the Age of Trump.” Examining presidential behavior in recent history, he finds little support for the widely held view that presidents use executive orders to advance policies that lack widespread public support.  Such policies turn out to be rare exceptions, with one notable exception – the Trump administration. The audience was left to wonder whether the administration represents a turning point in executive power, or a temporary aberration. The UW Daily did a nice write up.

Professor emerita Margaret Levi has been awarded the 25th Johan Skytte Prize. The Prize is often referred to as the political science equivalent of the Nobel Prizes and is consistently ranked as the most prestigious award in the field of political science. Congratulations to a stellar scholar, mentor and colleague!

This quarter’s faculty panel on May 1 is titled “Environmental Justice: Political Implications in the Face of a Rapidly Changing Climate.” The speakers include three resident experts on environmental politics and human rights politics, Professors Karen Litfin, Jamie Mayerfeld, and Aseem Prakash. We hope to see you there!