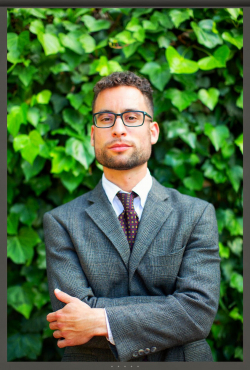 The process of hiring a new faculty member is lengthy and challenging. It starts about a year in advance.  After receiving authorization from the College of Arts and Sciences, our department advertises the position nationally and ultimately receives about 300 applications for a single position. Last fall we invited four of these 300 applicants to campus to present their research and to meet with faculty and students. About three months after the search began, Jacob (Jake) Grumbach accepted our offer to become an Assistant Professor starting this fall.

Jake grew up in San Francisco. He received his undergraduate degree from Columbia University, spent some time working in public health, and then decided to pursue a Ph.D. in Political Science at UC/ Berkeley. After completing his degree in 2018, he spent a year at Princeton’s Woodrow Wilson Center as a post-doctoral researcher before coming to the University of Washington.

Jake specializes in American Politics and Statistical Methods. His dissertation (which just received two awards from the American Political Science Association) examines the nationalization of state politics since the 1970s. Our legal rights, working conditions, tax rates, and health care increasingly depend on the state in which we live.  What is puzzling is that these policy variations do not appear to be explained by changes in state public opinion, which has remained relatively stable over time on issues like abortion, environmental protection, taxation, and so on.

Jake finds that national policy activists on the right and left have become increasingly adept at effecting change at the state level. There are many reasons why. The federal government has been shifting more responsibilities to states. Technological developments have made it easier for people with similar interests to communicate and coordinate their activities. Wealthy elites have made major investments in national organizations that develop and seek to advance policies at the state level. At the same time, local news sources declined dramatically and voters became more focused on national rather than state and local politics. This combination of committed activists and nationalized political parties means that shifts in party control at the state level tend to produce more extreme (and often less representative) shifts in policy.

We are very pleased that Jake will be teaching State and Local Politics and Statistical Methods starting winter quarter. He wants everyone to know that he loves music as well as Political Science and, as a West Coast native, is thrilled to be living in Seattle. You can find out more about him and his diverse research interests on his personal website, and follow him on Twitter!