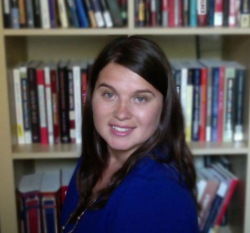 Immigration has been one of the most visible and contentious issues of the Trump presidency and will continue to be a contentious issue for years to come. The book begins by mapping out the landscape of immigration politics during the Trump administration. Separate chapters explore the symbolic nature of policies such as the border wall, family separation, and child detention, as well as what prior research predicts about their short and long-term consequences.

Attention then shifts to exploring public attitudes towards immigration using state of the art survey methodologies, including survey-based experiments that make it possible to more directly measure the impact of differences in question wording on attitudes.

First, what personal factors best explain support for immigration policies in the Trump era? An extensive existing research literature examines the impact of party affiliation, economic anxiety, education, and political ideology on attitudes towards immigration. Missing from this research, however, are other explanations, including racism, cultural and demographic threat, and xenophobia.

Second, the public is often ill-informed about government policies, including the Trump administration’s immigration policies. Does it matter if the public has accurate information about the impact and consequences of these policies? Does providing the information lead to attitude change?

The one policy that enjoys considerable support from Republicans is the border wall. Over 85% express support, with the vast majority of Republicans expressing strong support despite their skepticism about its effectiveness. Only 7% of Democrats support the wall, revealing deep party polarization on this policy.

The study also find that perceived economic threat and education level are not the main drivers of support for more restrictive immigrational policies. Instead, the main drivers are whether people identify as Republican and whether they feel high levels of demographic and cultural threat. Negative stereotypes about immigrants are pervasive among the American public. Equally concerning, sharing more accurate information about the costs and negative consequences of current policies seems to have little impact on attitudes. For example, providing information that constructing a border wall would require the government to seize private land, or that it would result in a greater number of migrant deaths, does not decrease levels of support.

The book concludes with a discussion of the implications in light of the increased salience of immigration politics in the 2020 election, and the prospects for future immigration reform.