Letter from the Chair, Winter 2021 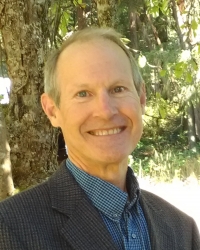 We normally have to complete this newsletter about a month before it actually goes out.  The folks in charge of distribution made an exception for this one due to the fast-moving developments in the nation’s capitol. Today is January 14th  and this will be the third version of the chair’s letter that I have written. The second was written on Jan. 7, the day after the insurrection. Just one week later, the President has been impeached for the second time, and the nation is on edge, fearing rather than celebrating the day when a new president will be sworn into office.

The most thoughtful people I know are seriously worried about the future of democracy in the United States. Democracy is meant to be contentious – we turn to government to resolve the disputes that we can’t resolve on our own. For such a system to work, we can’t believe that politics is a zero-sum game. The sense of shared fate that is so essential to democracy seems to be withering. Americans are polarized to the point where serious discussion on many issues borders on impossible – even in the halls of Congress.

The election is a salient example. As Senator Ted Cruz noted in the certification debate, “39 percent of Americans… believe the election was rigged. ” This is extremely troubling in a democracy. Why abide by the rules of the game if the game is rigged? Seen in that light, one can understand why people might rise up. But the insurrection was not a popular uprising. It was instigated by elites who have fine-tuned a formula for manipulating Americans’ legitimate grievances – pitting us against each other. Donald Trump will soon be out of office, but the media and political ecosystem that he helped to build and helped to build him will persist. Authoritarian leaders around the world are certainly pleased that we are undermining the case for democracy in their own countries.

There have been glimmers of hope in speeches both before and after the violence on January 6th. Republican majority leader Mitch McConnell said that he would be voting for certification because “Self-government requires a shared commitment to truth and shared respect for the ground rules of our system.”  Following the insurrection. Mitt Romney declared “The best way we can show respect for the voters who are upset is by telling them the truth. That is the burden, and the duty, of leadership. The truth is that President-elect Biden won this election. President Trump lost.” McConnell, a Trump ally, was also deeply critical of Democrats’ behavior during the Trump administration. But their words had little effect. More than 150 Senators and Representatives voted against certifying the election. A few days later, all but 10 House Republicans opposed a motion to impeach the president for inciting insurrection. Those that supported the motion have faced death threats.

Another glimmer of hope was a conversation with political science majors later on the day of the insurrection (on Zoom of course). This election is the first for many students and they were understandably worried. They also made insightful observations such as “what would have happened if the rioters had been black?”  But those who spoke up mostly wanted to talk about understanding other people’s perspectives. Such comments suggest that young people still believe that our differences can be overcome. We also had faculty join the conversation. Professor Michael McCann observed that the grievances of the left and right are remarkably similar. The best way to address political dysfunction, he suggested, would be to address the underlying issues that elites exploit, such as economic anxiety.

Of course, how we get from here to there is the perennial challenge of our political system. President Biden ran on a platform of healing divisions and promoting bipartisan solutions. His success will require compromise and cooperation. There’s no reason to assume that he will succeed. But the history of American politics is replete with unexpected twists and turns. That’s why we study political science!  We hope you will join us Monday February 22 for a faculty panel on The Biden Agenda: Promises and Prospects. Please also consider registering for the outstanding WISIR seminar series, which continues this coming Friday (January 22nd) with a webinar on COVID-19 and Racial inequities.

Happy new year, stay safe and hope to see you on the other side of this darned pandemic soon!