Review of "The Biden Agenda: Promises and Prospects" 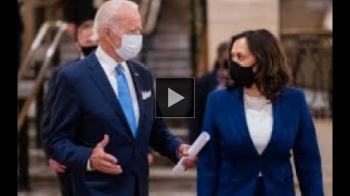 When Joe Biden was sworn into office on January 20th, there were many unanswered questions about his legislative priorities and longer-term agenda. In February, the Department of Political Science’s Winter Faculty Panel, “The Biden Agenda: Promises and Prospects,” drew over 100 people online to hear from Professors Sophia Wallace, Becca Thorpe, Jake Grumbach, and James Long in a conversation moderated by Professor Mark Smith.

Much of the discussion focused on how the election, change in administration and party polarization are likely to influence policy priorities over the next four years. To date, President Biden is prioritizing the Coronavirus pandemic, ramping up vaccine distribution and working with state governments to promote social distancing practices. Whereas the Trump administration relied to a large extent on executive actions (such as executive orders) for policymaking,  Biden hopes to enact more permanent changes through legislation. However, this may be challenging given Democrats’ slim majority in the Senate. Biden’s policies are also likely to be less innovative and progressive as Obama’s for similar reasons.

The Republican party after the Trump presidency was also the focus of considerable discussion. One important development of recent years is how socio-cultural issues (rather than economics) have increasingly become a driving force of party politics. One downside of this development is that when voters see politics in terms of identity, elected representatives may have more leeway to pursue policies that do not serve their social or economic interests.

Inevitably, the conversation turned to the November election and its aftermath. The panelists noted that election fraud has been a part of American politics since George Washington.  Ironically, the 2020 election was the most secure in history according to Trump’s own Department of Homeland Security. How then do we account for the fact that a large majority of Republicans continue to believe that the election was stolen? One possibility is that expressing support for this view (whether they believe it or not) is an important part of many Republicans’ social identity.

If you’re interested in watching the full panel, you can do so via the Department of Political Science YouTube channel: https://www.youtube.com/watch?v=qnhRo-hacBk&ab_channel=PoliticalScienceUWSeattle

Our next faculty panel will be on May 4, 2021 from 5:30 to 7:00 PM. Our panelists will be discussing, “Biden Faces the World: American Foreign Policy in a post Trump era.”Panelists include Professor Beth Kier speaking on “From Trump to Biden: Transforming Civil-Military Relations,”, Professor Geoffrey Wallace speaking on, “Biden’s Multilateralism in the (Post-)“America First” Era,”and Professor Victor Menaldo speaking on, “Will Anything Biden Does Really Change Foreign Dictators' Behavior?” More information here.