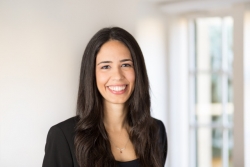 Asli Cansunar
Asli Cansunar is an incoming assistant professor of political science at the University of Washington. Before joining the University of Washington faculty, she was a Post-Doctoral Research Fellow at Nuffield College and the Department of Political Science and International Relations at the University of Oxford. She holds a Ph.D. in Political Science (2018) and an MA in Economics (2014) from Duke University.
Her work lies at the intersection of comparative political economy, comparative politics, and economic history, focusing on the political consequences of economic inequality. In particular,  she is interested in examining the rich's preferences on redistributive policies. Recently, she started studying how top-down nation-making policies, primarily through education, affected local communities and their political behavior in the long term. Her love for historical data drives her to hoard excessive amounts of old newspapers, books, and ephemera - more than she could carry with her as she moves around the world. Most of her research is concentrated in advanced industrialized countries and the Middle East. Additionally, she teaches courses on political consequences of economic inequality, political methodology, the political economy of Islam, and geospatial analysis.
She is a big fan of Turkish pop music, especially 90s pop. She uses quantitative methods to discover social, economic, and political reasons why Turkish 90s pop hits dominate radio, Spotify, and weddings' playlists. When she was younger, she was also a professional basketball player-- her team was the Champion of Turkey in the junior women's basketball league in 2002! You can find out more about her work at www.aslicansunar.com
News Category:
Related Departments: