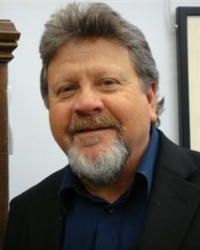 “The ghost of slavery holds our legal system in its grip,” sociolegal scholar Colin Dayan wrote a few years ago.  For four centuries, our evolving legal order authorized systematic reliance of violence to subjugate black and brown (and other non-white) bodies.  Specialized forms of what I call illiberal or “repressive law” were constructed along the way, from slave codes to the Black codes of Jim Crow.  These legal orders coexisted with the “liberal” legal order that governed exchange relations and civic governance among white property owners. In the process a variety of subjectivities – free and unfree; governors and governed; rights bearing and rightsless; property owners and owned property; white and non-white; human and less than fully human; citizen and criminal – were constructed to mark hierarchical relations among subjects in our racial capitalist order.  The dual legal order authorized violence to enforce inequality but also provided guidelines to tame that violence, establishing very different cultural schemas for legitimate state violence that could be exercised on different subject groups. Slavery was technically abolished after the Civil War, to be sure, but continuation of slavery was authorized by the Thirteenth Amendment for those persons convicted of crimes and, arguably, those people of color who were considered to be inherently criminal regardless of the acts they committed.

I, a nearly retired privileged white male professor of sociolegal studies, teach an undergraduate class, “Law in Society,” that maps out these different legal orders and interrogates the practices of violence and the words of law used to justify as well as ostensibly constrain that violence. The second half of that class closely examines policing and punishment practices, focusing in particular on both the legally authorized and unauthorized violence wielded by police.  We look at many examples of excessive police violence, brutality, and murder, starting with the Rodney King case 1991; each year the list of brown and black people killed or brutalized in popular media coverage becomes longer, and always new cases are added in the very period that I am teaching.  Such cases always existed, we know, but cell phones have made digital records more widely and quickly accessible to the public.  This spring, I just finished covering the cases of Eric Garner, who was choked (“I can’t breathe”) to death by police for selling of untaxed cigarettes on a sidewalk, and Philando Castille, who was stopped while driving and fatally shot by police in Minnesota, when three more unarmed Black persons – Ahmaud Arbery, Breonna Taylor, and, now, George Floyd – each were murdered by current or former police officers.  Same old, same old; more people terrorized and killed by the “ghosts of slavery.”  But intellectual familiarity with the historical pattern, however, did not insulate me or my students from the pain and disorientation wrought by such violence.  I could not contain my tears of grief in more than a few lectures.

I ask of these recent events the same as of those before them.  What makes law’s violence exercised by police different from and better than the unruly violence that police are charged with deterring and containing in society? Police are the good guys who catch the bad guys, some (mostly white) students respond.  Exactly, I retort, and how do we distinguish good and bad people except by highly racialized and class-based cultural markers?  I continue: What is the difference between lynching or murder as forms of violence, on the one hand, and judicially authorized incarceration, the death penalty, or police shooting?  As so often happens, police violence in these cases too often is little different from or better than the violence police are charged to deter. Indeed, Taylor, Arbery, and Floyd were essentially lynched; they were murdered for being black by vigilantes who offered no due process, no evidentiary hearings, no trials. And such police violence is just another facet of the present post-Jim Crow system of mass incarceration, militarized policing, and us-vs-them “wars” on street crime and drugs that target people of color as dangerous enemies at highly disproportionate rates.  The US incarcerates a higher rate of its population than any nation in the world today, and nearly three in five of those in prison are black or brown.  The US civil rights revolution imposed a host of due process requirements in the criminal justice system, but what have they added beyond rituals that work to create a cloak of legitimacy masking old racially targeted practices?

How much violence is too much, I ask students?  How much in individual acts of police, and how much in the aggregate institutionalized racial violence of prison?  Historical perspective is important in this regard.  The liberal story of American history is that we as a nation left slavery far behind and have become steadily more progressive in our forms of professionalized legal rule and democratic governance. But that obviously is not true.  In the last half century, we instead have become much more dependent on a security state invested in policing and punishment. Indeed, our government has become increasingly defined by the methods of warrior policing and severe punishment; as sociolegal scholar Jonathan Simon has put it, the American state more and more governs through crime or criminalization. Our police departments have grown radically in numbers of officers, high powered weaponry, professional paramilitary training, and fiscal budgets, all the while as public investments in education, health care, social services, and non-punitive dispute resolution and harm reduction have declined.  These larger institutional forces to which we are accustomed, and which many property owning citizens approve eagerly, provide the context for routine excessive force, brutality, and murder imposed on low income people of color.  That is the continuing American legacy.

In my class, I underline the tragedy that the exercise of extreme violence, both by individual police and by the overall criminal justice system, inherently undermines trust and foments anger from people of color long subjugated economically, socially, and politically.  The result is that police actually destroy the potential power of cooperation and thus must rely on more violence; these cycles of violence routinely accelerate into mass protest, often involving more violence. We see that once again in the streets over recent days.   Liberals and media pundits find it easy to condemn police when they cross the line into excessive violence of brutality, blaming it as aberrant behavior by a limited number of “bad apple” cops, while also condemning protests that cause property damage and lead to looting. This, I insist, is a radically false equivalence.  People of color, and especially those who are low income and underemployed, have experienced relentless, extreme, institutionalized violence for hundreds of years and have every reason for extreme anger. They have a right and good reason to protest, and I cannot blame them for doing damage to a system that is so patently unjust and harmful.  If protest makes all of us “haves” uncomfortable and anxious, that is just what is needed now. We should be, and stay, very uncomfortable.  After all, those like me – highly educated, middle class, white and non-white, owners of property and capital – are the ones who charge police with the authority to use discretionary violence against bodies of color.

It is relevant that studies suggest that most police officers wear the badge to serve their communities, and I do not doubt that is true.  Most want to believe they are “good people.”  But the problem is the radical hierarchies of race and class constituting those communities that police are charged to protect, by any means, up until they cross that thin, elusive blue line into “too much violence.”  The institutionalized features of “police culture” – increased militarization, professional training in racial profiling, strictly followed codes of silence that undermine accountability, celebrated vigilantism, defiant police unions – along with political pressure from politicians and near-complete legal immunity guaranteed by the courts define the context that incentivizes and supports  reliance on extreme force.  In some ways, it is surprising that more police do not exercise more extreme violence more often.  Until we all admit and understand our collective complicity and the damage we are doing, we have no moral authority to condemn protests, anger, resentment, and even property damage. White people need to listen to people of color and to follow their leads toward substantial change.

In short, the recent murders are not isolated cases of a few bad cops crossing a line. They are just dramatic events caught on camera that evidence deep systematic dysfunctions and injustices for which we the larger citizenry and our political leaders, including our vigilante-in-chief president, the embodied ghost of white supremacy, are responsible. We who “have” are the problem and we must be part of the answer.  We must look for ways to shrink rather than expand police forces, to reduce rather than sustain or increase punitive state violence, to disarm the weapons of military force, to dismantle qualified immunity, and to reinvest funding in education, creation of well paid jobs, worker empowerment, affordable housing, harm reduction, health care, and other social services.   We will have humane, equitable policing only when we produce an equitable society. We need to put the community back into policing and get punitive policing out of the community.  Many will say that such measures cannot work. But the old system never worked for the benefit of black and brown  people, so we must try something radically different.  The city of Seattle would be an ideal venue for just such a grand social experiment.