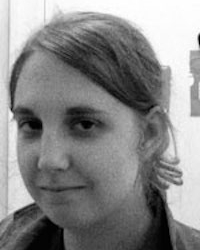 There are two epidemics convulsing the nation: One is the coronavirus. The other is police killings of black Americans.

While the coronavirus is new in our nation’s history and will recede from public life with an effective medical vaccine, the police killing of black men and women is neither new nor easily reversible. The murders of George Floyd, Ahmaud Arbery, Breonna Taylor, Michael Brown, Laquan MacDonald, Tamir Rice, Sandra Bland, Philando Castile and many others have galvanized national attention. Scathing Department of Justice (DoJ) reports have documented the excessive use of force, mistreatment of minority communities, and predatory systems designed to extract revenue from poor black and brown communities. Despite exposure of these crimes and periodic reforms (body cameras and de-escalation training) police abuses persist. According to the Mapping Police Violence project, the rate of police killings is virtually unchanged since 2014.These cases disproportionately affect black victims, and 99 percent of police killings did not result in any criminal charges.

This bleak record of failed accountability and persistent inequalities expose not only the state’s indifference to black pain, but also its complicity in these crimes. An unsegregated America might produce pockets of violence and police brutality randomly distributed across the country. Yet, my research shows that the geographic concentration of poverty, violence and incarceration coincides with hyper-segregated housing markets under-written by the federal government. Poor communities of color face extraordinary levels of violence and insecurity and are cut off from a range of social goods, including capital, mobility and police protection.

These racial and spatial disparities help explain why the COVID pandemic has inflicted such extraordinary economic and physical harm on communities of color. In many of the states shaken by uprisings, black deaths related to the virus are occurring at two to three times the rate of whites. In many areas where the virus is more concentrated, residents lack access to masks, hand sanitizer and other personal protective equipment. Black, Latino and immigrant workers are more likely to have lost their jobs, and are disproportionately represented among the workers who risk their health by going to work at low-wage jobs that are at once essential and undervalued. Meanwhile, black residents in New York City have been arrested for violating social distancing orders at disproportionately high rates.

The convergence of these crises—a virus disproportionately killing black people and state violence targeting black Americans—led tens of thousands of people to risk physical harm in order to protest the killing of George Floyd, an unarmed black man pinned to the ground and suffocated in police custody in Minneapolis. Protesters risked potential exposure to the virus as well as police teargas, pepper spray and rubber bullets. The uprising that began in Minneapolis spread to dozens of American cities. Some of the protesters set fires and destroyed property, while police employed tactics that routinely inflamed situations rather than deescalating them. There have been hundreds of arrests, city-wide curfews, and deployments of National Guard troops. The president threatened to send the military to kill protesters.

The grief and rage that was made visible as peaceful protests cities erupted into chaos and destruction has frightened many citizens. While frightening, however, these limited instances of property destruction pale in comparison to the violent police tactics that are currently on display.

In 1966, at the height of the civil rights movement, Martin Luther King equated riots with “the language of the unheard.” This language is currently reverberating nationwide. The uprisings are a response to a much longer and larger history of state violence and racial oppression—a history originating in slavery and extending to Jim Crow, convict leasing and a culture of lynching. Government programs pioneered during the New Deal confined black Americans to substandard living conditions in overcrowded urban ghettoes, and targeted these spaces for land clearance programs that bulldozed neighborhoods and displaced the people who lived there. These programs include the freeway that tore through much of St. Paul, Minnesota’s low-income black neighborhood in the 1950s and ruptured community cohesion, reduced mobility and lowered life expectancy. These same communities are now routinely destabilized by aggressive policing and incarceration.

Our current context is deeply unsettling. However, the protests are not a cause of disunity, but a deliberate democratic response to conditions that threaten our democracy—the dehumanization of black bodies backed by instruments of state violence. State efforts to repress these uprisings have unleashed new dangers to democratic governance, including indiscriminate police violence, curfews curtailing freedom of speech and expression, physical attacks on journalists and even military occupation.

While we do not know what will come next, the language of the protesters is clear: America must be better or it will slouch, unsteadily, toward collapse.