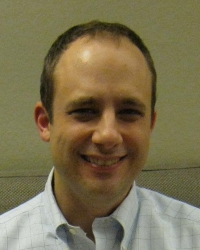 “For many whites, then, black speech is not the speech of fellow citizens, but the always-complaining speech of spoiled children.”

When I was a student at Amherst College in the mid-1990s, I was lucky enough to study with African American philosopher Robert Gooding-Williams. Gooding-Williams taught existentialism, Nietzsche, and Afro-modern philosophy. This last field was barely on the map of professional philosophy at the time. Many white academics scoffed at the idea (some still do) that writings by figures such as Frederick Douglass, W.E.B. Du Bois, Frantz Fanon, and Toni Morrison constituted philosophy--that they made valid general claims about the nature of experience, knowledge, and reality. Bob, however, took it for granted that this writing was philosophically significant, and he patiently reconstructed the arguments and applied the insights.

One of Bob’s most important interventions during that period was a volume he edited and published in 1993: Reading Rodney King / Reading Urban Uprising. The book was unlike any other: it made the Los Angeles uprisings in the aftermath of the 1992 jury acquittal of the police officers who viciously beat Rodney King a subject of sustained scholarly inquiry. The volume included essays by many scholars who are now famous--Kimberlé Crenshaw, Cedric Robinson, Ruth Wilson Gilmore, Judith Butler--but who then labored in relative obscurity in an academy that was even more white and male and straight than it is now.

Bob’s main contribution to that volume was Chapter 11—an essay startlingly titled “Look, a Negro!” Drawing on Frantz Fanon’s Black Skin / White Masks (1952), the essay provided a bracing reading of the racial ideologies internal to the courtroom defense strategies of the attorneys for the L.A. police officers:

The defense attorneys elicited testimony from King’s assailants that repeatedly depicted King as a bear, and as emitting bear-like groans. . . . These same attorneys portrayed the white bodies assailing King as guardians against the wild, and as embodying a ‘thin blue line’ that separates civil society from the dangerous chaos that is the essence of the wild.

Most striking about the essay, however, was its conclusion. Bob recalled “channel surfing” during the ’92 uprising and noticing “that two views dominated the television representation of the ‘rioters.’” The “conservative” view framed the “rioters” as “an uncivilized chaos that needed to be stamped out to restore law and order.” The “liberal view emphasized the social causes of the ‘riots,’ such as joblessness, poverty, and, more generally, socioeconomic need.” In explaining the uprisings as manifestations of primordial chaos, on the one hand, and of primordial need, on the other, both the conservative and liberal readings obscured the political agency--the civic concern--of black citizens. The mostly white American media could not wrap their minds around the idea that black Angelinos were “motivated by the belief that the injustice suffered by Rodney King symbolized a larger social injustice”:

In essence, this is a failure to regard the speech or actions of black people as manifesting thoughtful judgments about issues that concern all members of the political community. African Americans can be cast as lawless opportunists, as unfortunate victims, or in any number of other roles, but rarely as persons with a reasonable appraisal of the circumstances they share with white Americans.

From the Ferguson protests of 2014 to the national uprisings of today, Bob’s essay has been always on my mind. As a white scholar and citizen immersed in the same racial ideologies that drove the 1992 acquittal, I have had to repeatedly check my own racial subconscious, to work through my own racial conditioning, to see these uprisings not as riots driven by primordial rage or primordial need, but as civic claims on behalf of a more just future—one where black people can move freely in public without fear of arbitrary beating or death, one where all can participate co-equally in public life.

When I was a college student in the 1990s, Bob taught me to view the events in Los Angeles not as riots, but as uprisings, not as chaos, but as claims-making, not as spoiled outbursts, but as evidence-based appraisals. Here in 2020 following the police murders of George Floyd and Breonna Taylor, I’m finding that many of my fellow citizens still need his teaching.

Over the past decade, the Movement for Black Lives has succeeded in forcing a larger swath of white citizens to see black protest as acts of civic love. De-politicizing frames nevertheless still circulate in media coverage and public discussion of black protest. Elites and citizens still routinely deflect attention away from the substance of black claims-making. “What about the looters?” “What about the anarchists?” “What about property destruction?” Anything and everything to avoid the main story: black citizens demanding freedom from terror, freedom from premature death at the hands of the state. This is not to say that no one is taking advantage of the situation to pursue sordid ends. But it is to say that stories of garden variety human folly are all too often used to divert focus from black political claims. The claims are old. They pertain to an issue of common concern: the ability of citizens to move freely in public without fear. When white citizens blind themselves to the substance of black citizenship, they imperil not only black people but the very possibility of equal freedom.