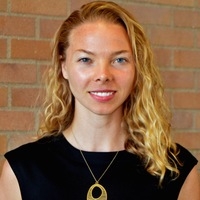 The Department of Political Science added two new courses to its undergraduate curriculum last year.  One course was designed as an opportunity for non-majors to develop a better understanding of contemporary politics. The second was designed to help students understand the elements of persuasive political speech and to develop their own skills in crafting written and spoken arguments.

“Perspectives on Contemporary Public Policy Issues” (POLS 120 ) originated in discussions among faculty and staff about the need for a course that could give non-majors a broad overview of political science.   The result was an innovative approach to staffing a class.  Each week, a different faculty member gave an overview lecture on a contemporary controversy related to their area of expertise.   The approach meant that students saw different professors over the term who collectively illustrated the way political scientists study and understand contemporary political issues. Each professor developed highlights of their full courses into a single “best lecture” that gave non-experts new (and often quite surprising) insights into current affairs.  The course covered a variety of topics, ranging from headlines in the news over the past year to important developments that do not receive as much media coverage.   Professor Christine DiStefano, a political theorist, gave a talk on marriage equality that showed how that controversial issue is tied to deeper questions about equality beyond the rights of people in same-sex relationships.   Professor Tony Gill’s lecture on religion and politics considered the impact of government zoning decisions on religious liberties.  Professor Karen Litfin discussed the global eco-village movement as a grassroots response to the complicated and seemingly intractable problem of climate change.

The experimental team teaching approach was largely successful.  Professor John Wilkerson, who coordinated the class and supervised grading, notes, “The new class was a learning process for the department as well as the students.  Many of them expressed their appreciation for this alternative introduction to what it is that political scientists do.”   One student in the class, Jack Hill, reports that POLS 120 was  “an excellent sampler of the many different focuses of political science.” Hill also revealed that a class designed for non-majors also had considerable appeal and value to political science majors.  He noted: “As someone who is very interested in political science, this class allowed me to hear brief presentations on many topics I was interested in, but never had the ability to take full classes on.”

A second new course, “Political Argumentation” (POLS 110), was taught by Rachel Sanders in spring.  The class was initially proposed by Allison Rank, a PhD Student who is now a professor at SUNY Oswego.   “I think Allison was on to something when she proposed… this course,” Sanders reports, “and I’m excited to have been the first faculty member to offer it.”   Sanders also explains what the political science department saw as the value of the course:  “We believe this course is important because it builds both professional skills and citizenship skills. Not only does it equip students with argumentation and public speaking skills that are vital to whatever career they pursue, but it also develops their ability to critically engage with arguments they encounter every day in political and pop cultural media.”  Over the quarter, students dissected various kinds of political arguments, ranging from classics of political theory to the sometimes questionable claims appearing  in contemporary mass media.   Assignments were designed to sharpen writing, speaking, and analytical skills.  Students wrote up logical analyses of other people’s arguments, crafted their own editorials, and gave press conferences where they had to construct arguments on the fly in response to questions from a hostile audience.

We are pleased with the initial success of these two new classes, and intend future innovations in the Political Science curriculum to meet the changing needs of today’s students.