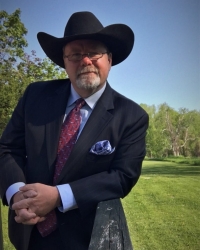 Anthony Gill (Ph.D., UCLA) is a professor in the Department of Political Science at the University of Washington, adjunct professor of Sociology at the UW, Distinguished Senior Fellow at Baylor University’s Institute for Studies of Religion, and a Senior Fellow at the American Institute for Economic Research. He served as a research associate to the Religious Freedom Project at Georgetown University from 2014-17. Prof. Gill specializes in political economy and religion & politics, with an emphasis on church-state relations, religious liberty, and religious economies. Additionally, he has become internationally renowned for his work on his defense of tipping (gratuities). He is author of The Political Origins of Religious Liberty (Cambridge 2007) and Rendering unto Caesar: The Catholic Church and the State in Latin America (University of Chicago Press, 1998). Prof. Gill has also published numerous journal articles, book chapters, and was creator and host of the Research on Religion podcast series which ran from 2010-18. He appeared twice as a guest on EconTalk with Russ Roberts (once on religion and the second time on tipping).

Tony’s current research agenda includes an examination of now norms function to coordinate behavior in society in lieu of government and is working on a number of projects including the comparative endurance of religious institutions, the socio-economic benefits of gift-giving, the relation between social justice and economic exchange, and how clashing norms and values can diminish liberty. He is also working on a co-authored book on why religious liberty for social flourishing.

Gill teaches courses in political economy, public choice, and religion & politics. He was the recipient of the University of Washington’s Distinguished Teaching Award in 1999.