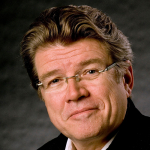 W. Lance Bennett received his Ph.D. from Yale and has spent his entire academic career at the University of Washington. Lance is the author of 12 books, hundreds of articles, and numerous research grants. He is also the recipient of more than a dozen book and career achievement awards, including for the best book published in Political Communication in the last 10 years (When the Press Fails, co-authored with former students Regina Lawrence and Steve Livingston).

Lance has served as chair of the department and is the founding director of the Center for Communication and Civic Engagement (CCCE). As CCCE director, he has mentored many undergraduates and a long list of highly successful Ph.Ds. Through the CCCE, he has also worked to promote civic engagement within local and international communities. Lance will remain connected to the department as Professor Emeritus. 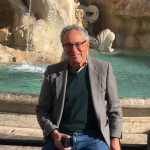 James Caporaso received his Ph.D. from the University of Pennsylvania. He started his career at Northwestern University, moved to the University of Denver, then to Harvard before coming to the University of Washington in 1997.
Jim specializes in comparative politics and European studies . He is the author of 17 books and edited volumes and scores of articles. He has just completed a new book to be published by Cambridge University Press (Theories of International Relations, with former student Joe Jupille).

Jim was the editor of Comparative Political Studies for almost four decades, served as president of the International Studies Association, and is the recipient of the Lifetime Achievement Award for Contributions to European Studies. He currently holds the Jean Monnet chair in European Studies. Jim continues to be involved in the department through his recent appointment at Professor Emeritus.