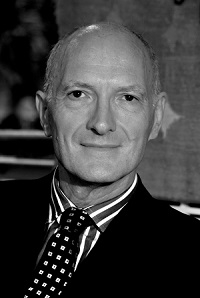 Description
Justice Cameron will describe his country's transition 21 years ago, after a deep history of racial injustice, to constitutional democracy aspiring to non-racialism, equality, dignity and social justice. His personal narrative will recount the difficulties of crime, corruption, healthcare and institutional malfunction that confront the young democracy, but also the solid material achievements and ambitious aspirations of the world's most progressive Constitution.

Biography
Justice Cameron has been a Justice of the Constitutional Court of South Africa—the country’s highest court—since 1 January 2009. He was first appointed a Judge by President Nelson Mandela in 1994. He served as a Judge of the High Court for six years and in the Supreme Court of Appeal for eight years.

A leading human rights lawyer during the apartheid era, Justice Cameron has received many honours for his legal and human rights work, including a special award by the Bar of England and Wales in 2002 for his "contribution to international jurisprudence and the protection of human rights."

He was a powerful critic of President Mbeki’s AIDS-denialist policies and wrote a prize-winning memoir, Witness to AIDS, which has been published in both South Africa and the United Kingdom. His latest book, Justice: A Personal Account, was published in February 2014.

A Rhodes Scholar, he chaired the governing council of the University of the Witwatersrand for more than 10 years. He is an honorary fellow of the Society for Advanced Legal Studies and of Keble College, Oxford, as well as an honorary bencher of the Middle Temple.