Legislative-Executive Relations in the Age of Trump 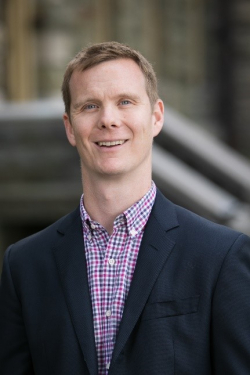 (Dr. Suzanne Mettler's talk, “The Government Citizen-Citizen Disconnect”, will be rescheduled in the future. Unfortunately, Dr. Mettler had to cancel.)

From the moment he announced his campaign for the presidency, Donald Trump has provoked concerns of an authoritarian turn in American politics.  The President’s decision last week to declare a national emergency to build a wall along the Mexican border would seem to confirm his critics’ most ardent fears.  If the President can simply invent an “emergency” and thereby spend money unauthorized by Congress—indeed, spend money to build a wall for which Congress explicitly refused to appropriate funds—then the constitutional system of checks and balances would seem fundamentally broken.  Bold assertions of unilateral executive power are nothing new.  For fifty years, they have fueled jeremiads warning of an “imperial presidency.”  However, while the formal institutional checks on the unilateral president are weak, the informal political checks on presidential unilateralism have mostly proved quite resilient.  Perhaps most importantly, public opinion and fears of ballot box retribution have encouraged presidents routinely to forgo unilateral action, even when they almost certainly would have survived any formal challenge from Congress and the courts.  Trump’s predecessors have all used—some would argue abused—their office’s unilateral power on occasion to effect significant changes in public policy.  What sets Trump apart is his repeated willingness to do so in the face of significant public and even co-partisan congressional opposition.  Whether this is politically sustainable will ultimately determine whether Trump represents a genuine threat or a short term blip to the separation of powers.

*Please join us for a reception prior to the lecture at 5:30pm.